Notice: Function add_theme_support( 'html5' ) was called incorrectly. You need to pass an array of types. Please see Debugging in WordPress for more information. (This message was added in version 3.6.1.) in /nfs/c08/h04/mnt/116737/domains/reitinstitute.com/html/wp-includes/functions.php on line 5831
 Public Storage REIT | REIT Institute

Public Storage (PSA) is one of America’s largest REITs, a far cry from its first self-storage facility built in 1972. Principally, PSA acquires, develops, owns and operates self-storage facilities and is headquartered in Glendale CA. The company owns and operates thousands of facilities throughout the United States and Europe, occupying more than 142M sq. ft. of net rentable real estate. It also has a 42% interest in PS Business Parks, accounting for another 28M net rentable sq. ft. of industrial and commercial space, serving a customer base exceeding 1M.

PSA has recently made a series of acquisitions in response to strong market fundamentals and favorable demographics. Margins have remained steady in the face of stiff competition within the industry. As of the end of Q2 2018, PSA had 2.2M net rentable sq. ft. under development costing $315M, as well as 3.9M net rentable sq. ft. in expansion projects costing $364M. The company expects to spend another $445M in development costs through the end of 2019. This pipeline, while promising, will increase operational risk and exposure to higher construction costs, delays, and fulfillment of government mandates. These new facilities are typically not pre-leased and require time to generate profits.

On October 16, 2018, PSA announced the successful completion of a global initial offering (partial spinoff) of Shurgard Self Storage PSA. Shurgard is the market leader in Europe, with 229 self-storage centers and 12M net rentable sq. ft. throughout seven European countries. The offering of 88.9M shares raised approximately €1.3B for PSA, which plans to retain its stake of 31.3M shares. PSA plans to deploy some of the funds raised to expand Shurgard’s European footprint.

Internally, PSA has finished implementation and integration of its Web Champ 2 software that acts both as an interface between customers and employees and as an inventory system. The system is meant to increase productivity and efficiency of operations in a paperless milieu.

Occupancy rates are down in 2018, in part due to weather-related disruptions as well as the opening of new stores. Occupancy fell 1.2% in Q3 2018, but results in San Francisco and Los Angeles were healthy. Oversupply hampers results in Denver, Portland, Dallas, Charlotte, Austin, Tampa and Houston.

Of course, the strong economy and tight job market for most of 2018 bespeak a relatively good demand picture for PSA. Move-ins are up and move-outs are down year over year (YoY). Existing customers were handed rate increases in Q3 that reportedly were well-received. New storage centers are Generation 5 facilities costing $100 to $120 per square foot to build. These are Class A properties going up in strong-demand locations. 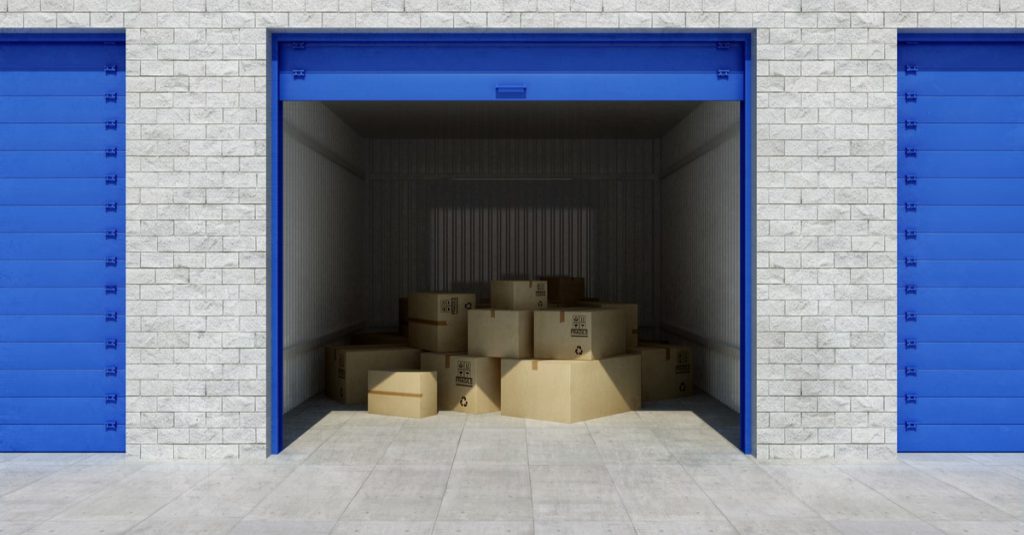 As of June 30, 2018, Public Storage had interests in 2,402 self-storage facilities located in 38 states with approximately 160 million net rentable square feet, as well as the facilities owned by Shurgard across Western Europe. The company also owns a 42% stake in PS Business Parks, Inc. which wholly owns and operates 28 million rentable square feet of commercial space.

PSA’s balance sheet is strong, with more than $338M in cash and equivalents on June 30, 2018. This provides sufficient liquidity to support its expansion efforts. Share performance was above average, up 12.8% for H1 2018, compared to 8.2% for the industry.

Strong consumer sentiment means more people are buying more things and therefore need more storage space. To the extent that folks hang onto their old belongings (some call it “junk”), demand for storage units will remain strong. The older U.S. population tends to downsize after retirement, which can create additional demand for storage space. While demand looks good, supply is expected to increase by 2,500 new facilities through 2020 in the United States. Occupancy rates will probably remain pressured by reduced same-store growth in the next year or two. Long-term, PSA’s strong market penetration should keep it at the top of the self-storage industry.

The PSA dividend appears reliable. Long-term holders of PSA stock are probably sitting on a good capital gain. As a core holding, PSA should outperform its competitors due to its strong balance sheet and significant market share. Accumulation on share price dips might be considered by those looking for a financially and operationally strong REIT that should do well in the long term.