Notice: Function add_theme_support( 'html5' ) was called incorrectly. You need to pass an array of types. Please see Debugging in WordPress for more information. (This message was added in version 3.6.1.) in /nfs/c08/h04/mnt/116737/domains/reitinstitute.com/html/wp-includes/functions.php on line 5831
 Will REITs keep India’s good times rolling? | REIT Institute 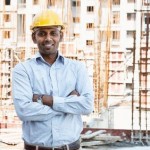 Indian regulators have renewed their efforts to introduce Real Estate Investment Trust (REIT) legislation, which has languished for five years. In October 2013, the Securities Exchanges Board of India (SEBI) published a Consultation paper on draft SEBI (Real Estate Investment Trusts) Regulations, 2013 for public comment. This paper was accompanied by a flurry of other regulatory activity such as a proposed Corporate Governance Code, a kind of investment industry housekeeping needed to avoid insider trading and a Consultation paper on Infrastructure Investment Trusts. The Infrastructure Investment Trust legislation is distinct from the proposed REIT legislation, but inextricably linked to it like two pieces of an economic jigsaw puzzle.

But does India need REITs?

Looking forward, analysts predict that the Asia-Pacific bloc’s value in commercial real estate will rise by 166% between 2011 and 2021, a 10.3% compound annual growth rate. Impressive growth indeed, considering the low GDP per capita of many Asia-Pacific bloc countries. In fact, their low GDP is the key to their future commercial real estate growth. The theory is that individuals in Asia-Pacific countries with low GDP per person do not currently create high demand for offices and retail space, but as their wealth increases, so will their demand for commercial real estate (e.g. offices and retail) to support their evolving needs. According to Prudential, “…the most rapid rate of growth [Ed. worldwide] will come from developing Asia-Pacific countries India and China, which will grow roughly 7% in real terms and 13-14% in nominal terms over the next decade”. When it comes to annual growth of global institutional-grade commercial real estate over the next decade, China may be first at 18% but India is a close second at 16.6% with Russia, the next-nearest country, a distant 10.6%.

It appears Indian policymakers view REITs, not as a vehicle for empowering individual retail investors, but rather as an economic tool to shore up India’s slowing economic growth rate. The theory is that property-rich, but cash-strapped property developers, will transfer ownership of their reliable, income-producing properties to a real estate trust structure, sell shares to investors and they will then re-invest their newly-found cash in the development of new properties such as office and retail space which, in turn will continue to stimulate India’s economic growth. This is a long way from U.S. President Eisenhower’s innovative 1960’s vision of REITs as a way for the average American investor to access large-scale commercial real projects.  SEBI’s intent, at least initially, is to restrict the vehicle to high net worth investors and institutions. To drive that point home, proposed REITs must have a minimum unit face value of Rs. 1 lakh (approx. US$ 1,625) and minimum subscription of Rs. 2 lakhs (approx. US$ 3,250), far higher than is practical for retail investor trading. No doubt SEBI is taking into consideration the disappointing experience of Indian mutual funds whose chronically low adoption rates are the subject of ongoing research. Why introduce a retail REIT regime at this point when the opportunity to leverage REITs as an economic policy is at the deep end of the pool with institutions and high net worth investors?

SEBI is not just prohibiting retail investors from entering the demand-side of the market, it is limiting opportunities on the supply-side to only the largest commercial property developers. Only developers with minimum assets of Rs. 1000 crore (approx. US$163 million) need apply for conversion to a REIT structure and they must offer a minimum of 25% of their total asset value in their initial public offering. In a good article in The Economic Times, managing partner Rajiv Luthra of Luthra & Luthra Law Offices notes that, “…such a threshold will eliminate many smaller players”. While I share Mr. Luthra’s empathy for aspiring entrepreneurs, I can’t help but appreciate the public policy efficiency of SEBI’s approach. These high thresholds concentrate regulatory supervision to fewer developers with a history of sustainable growth and sound stewardship of income-producing properties. They will simultaneously encourage ground-breaking transfers of wealth by firms with internal expertise in economics, investment and law. The downside from my naive observer’s position is that there is no guarantee that large Indian developers will re-invest in India since it effectively further extends their exposure to the Indian economy. In gambling terms, it is doubling down on their ability to repeat their success.

My head tells me that logically, as a matter of economic policy, SEBI is potentially unlocking the wealth needed to build India’s future, but my heart is, and always will be with aspiring entrepreneurs and the average retail investor.