Notice: Function add_theme_support( 'html5' ) was called incorrectly. You need to pass an array of types. Please see Debugging in WordPress for more information. (This message was added in version 3.6.1.) in /nfs/c08/h04/mnt/116737/domains/reitinstitute.com/html/wp-includes/functions.php on line 5831
 Dream Office REIT | REIT Institute 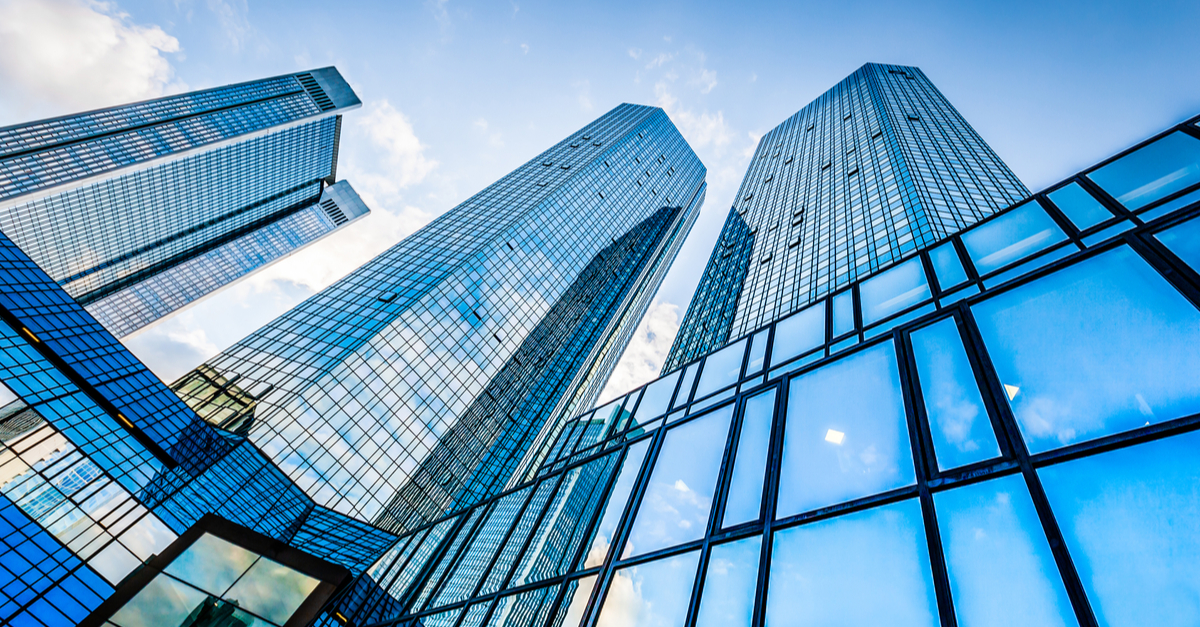 Dream Office REIT leases and manages high-quality office properties primarily in the Toronto real estate market. Formerly known as Dundee REIT, Dream Office owns 46 properties with 8.5M square feet of gross leasable space. The average tenant leases 11,000 square feet and has 4.7 years left on its lease term. Dream Office has about 800 employees, $14B in assets and a 90.3 percent portfolio occupancy rate. The REIT’s objectives are to improve risk-adjusted returns, improve the quality of its portfolio holding and improve its balance sheet.

Dream Office has recently completed a two-year divestiture program that shed properties worth $3.2 billion. Most of the selloff was focused on Alberta properties that had previously been purchased in the early part of the decade in an attempt to diversify beyond the Toronto region. The foray in Calgary was ill-timed, as it coincided with an economic turndown in Canada related to the energy markets. Several Toronto properties that were not amenable to redevelopment were sold in 2017. The REIT’s new focus is to redevelopment and intensification (expansion at existing high-density sites) in downtown Toronto. Some of the proceeds from the divestiture program have been used to buy back REIT shares. As of the end of 2017 Q3, Dream Office has repurchased 33.9M REIT shares and cut its dividend from $2.24 per share to $1.00.

Dream office currently has 46 properties in eight markets, with a total value of $2.9B. The geographic distribution of property values is shown in the following chart: 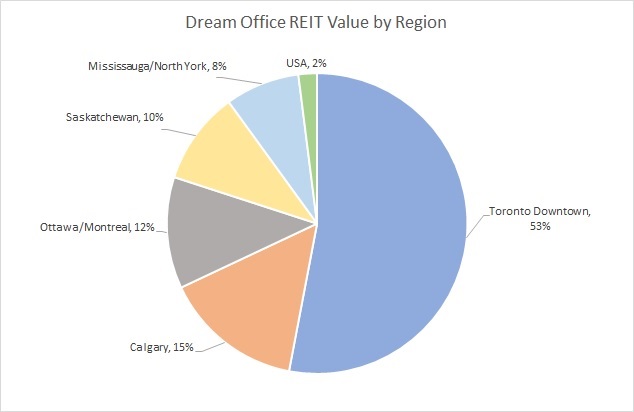 The REIT’s top 10 tenants by gross rental revenue are:

In all, Dream Office has 774 tenants that include Canada’s major law firms and banks, as well as many small- to medium-sized businesses.

The decision by Dream Office to concentrate its portfolio in the Greater Toronto Area (GTA) is based on the following factors:

For the trailing 12 months as of the end of 2017 Q3, Dream Office REIT had the following financial statistics:

As of February 9, 2018, Dream Office REIT had the following statistics:

Dream Office share prices rose to about 19% since its low of $13.82 in March 2017. This reflects growing optimism now that Dream Office has completed its write-down and divestiture plan and is concentrating on the Toronto office market. The company’s current focus is on redeveloping its current core properties. The strategy appears to be a good one, although it lacks diversification that is provided by other Canadian REITs.

Nevertheless, the company’s balance sheet is much improved. The debt-to-book-value ratio has fallen, and the company has more than $600M in available liquidity. Its face rate of interest is 3.93 percent and it has about $300M in unencumbered assets. Portfolio leasing momentum is rising. Dividends have been reduced in favor of aggressive share buybacks and intensification/redevelopment of existing properties. The biggest worry going forward is rising interest rates, which could dampen enthusiasm for Toronto office space in 2018.

Dream Office REIT is in a turnaround that appears to be working. It has streamlined its portfolio and is taking steps to increase the value of its existing holdings. For those who expect interest rates to remain low in the upcoming year, Dream Office is a viable investment on price dips, as its Forward P/E of almost 39 is on the high side.