Notice: Function add_theme_support( 'html5' ) was called incorrectly. You need to pass an array of types. Please see Debugging in WordPress for more information. (This message was added in version 3.6.1.) in /nfs/c08/h04/mnt/116737/domains/reitinstitute.com/html/wp-includes/functions.php on line 5831
 CT REIT | REIT Institute 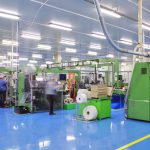 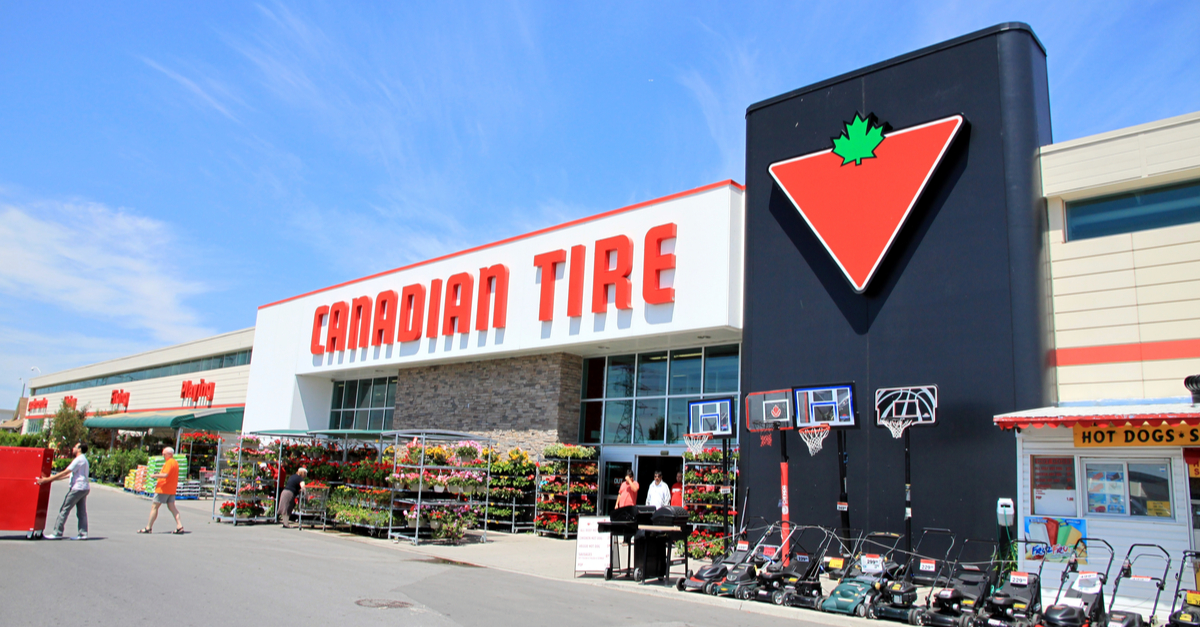 CT Real Estate Investment Trust is an unincorporated real estate investment trust with significant holdings in Canadian retail properties. Holdings are located primarily in Ontario, Quebec and Western Canada. CT REIT derives the vast bulk of its revenues from its major lessee and majority unitholder, Canadian Tire Corporation (CTC), the operator of the Canadian Tire retail chain. Most of the held properties are anchored by a Canadian Tire retail store, but also include other retail properties, distribution centers, and mixed-use commercial property.

2017 was a strong year for CT REIT. It posted an increase of 6.6 percent in adjusted funds from operations (AFFO), addition of 1.5M square feet of gross leasable area (GLA) and improved financial ratios. The board voted to increase the dividend to $0.72/share, up 4 percent. The company has taken steps to protect itself from rising interest rates by issuing a low-interest 10-year $150M bond, and the REIT has the longest weighted average term for debt in its sector.

CT REIT completed it’s largest-ever program of third-party acquisitions in 2017. CTC agreed to take over a 625,000 square-foot distribution center in Calgary, Alberta that had been vacated by Sears Canada.

The company’s strategy is to grow cash distributions, expand the asset base and increase AFFO. It relies heavily on its association with CTC, which fuels growth in three ways:

The key tenant, CTC, represents 93.2 percent of the REIT’s annualized base minimum rent. CTC has prospered as an ongoing business for 95 years, providing a range of products that include tires, gasoline, financial services, automotive parts, sports equipment and apparel. CT REIT owns 304 of the 501 Canadian Tire stores operated by CTC. Another 1,200 locations operate under the Canadian Tire Gas+ logo and other CTC banners. CTC stores are located throughout all of Canada.

The CT REIT portfolio holds properties that are well-suited to their markets with respect to location, visibility, traffic parking and frontage. The properties occupy space in commercial area and are co-located with large-scale retailers and supermarkets, resulting in high volume traffic. About two-thirds of property GLA arises from single tenant properties, followed in descending order by properties anchored by a Canadian Tire retail store, distribution centers, retail centers not anchored a Canadian Tire retail store, and mixed-use commercial property.

The following chart show properties by region as a percentage of annualized base minimum rent: 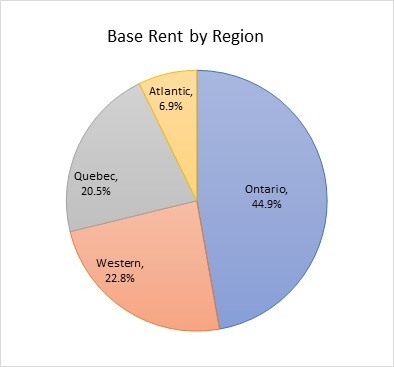 The six largest urban markets, Vancouver, Calgary, Edmonton, Toronto, Ottawa and Montreal, account for 48.5 percent of base rent, with the bulk in Toronto and Montreal.

As of the enf of 2017, CTC leases accounted for 24.3M square feet of GLA, of which almost 85 percent were retail and office space, the remainder being distribution centers. The top third-party tenants were Canadian Imperial Band of Commerce, Shoppers Drug Mart and Metro.

For the trailing 12 months as of the end of 2017, CT REIT had the following financial statistics:

The outlook for CT REIT is buoyed by the following factors:

CT REIT looks like a solid pick among Canadian REITs. It shows discipline, smart financial moves and a sharp appreciation of real estate values. It’s affiliation with Canadian Tire Corporation helps insulate CT REIT from real estate business cycles and its record of dividend increases speaks for itself. We think CT REIT is a worthwhile addition to a properly diversified investment portfolio looking to increase exposure to real estate.